Solar Snoops is the third episode of Season Two of The Jetsons, and the 27th overall episode of the series.

George dresses up like a woman to trick Cogswell into being his secretary under the name Georgina Jetstream. Cogswell goes on a date with Georgina. 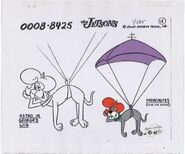 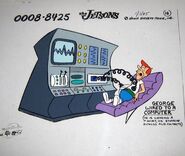 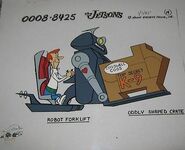