Las Venus is the thirteenth episode of Season One of The Jetsons.

George and Jane Jetson go on their honeymoon vacation in outer space to Las Venus and send Elroy and Judy to their grandma and Astro to play with the dogs at the Kennel. George and Jane spend their romantic time at the hotel in Las Venus, gambling a little; they have fun until Mr. Spacely calls George on the video phone and asks him to setup a contract for General Rotors and meet the manager. George finds out it's a woman named Gigi Galaxy. When the dance contest starts at both of the hotels, George must spend time between Jane and Gigi. When Mr. Spacely arrives, things get more complicated for George and has to tell both Gigi and his wife Jane the truth. 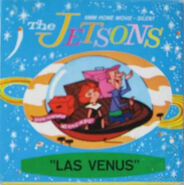 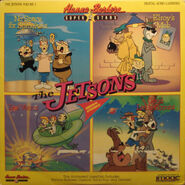